One Year Lived - the book. Or travelers make the best team members.

I’ve reviewed books before on this blog. Usually I take a look at an unusual business book or something about innovation. Readers seem to like the reviews, which is a good thing. So, when I was approached by Adam Shepard to review his new book “One Year Lived”, I was willing to take a look, even though it doesn't fall into either of the categories above. This is a book about Adam’s quest to ensure he would have great memories about life to tell the grandchildren, while doing a little good along the way. A year spent traveling in Central America, New Zealand and beyond. Something that average Aussies do without thinking and average American kids rarely even consider, and that's why this book matters.

As a blog that looks at tech and business and organizational and social issues, I think I can get away with talking off-topic without really being off-topic. More importantly though, I value travel highly. I associate well with people who have chucked in a good job to pick up a backpack and see a chunk of the world that is more real than any resort destination. A country and population and slice in time that has grime and crime and interesting adventures. I work well with people like that too, as perhaps a side-effect of working for an Australian company west of London as the first job post-university that I chose, rather than it choosing me. Travel brings out the best and worst in people. It also really makes it pretty obvious what you are getting when you interview or collaborate with a traveler in a business environment.

Generally as corporate working people travelers are quite transparent as to what they want and what their goals are. This makes travelers an important part of a team. Not every person who has traveled like this will fit your team, but that's OK, because it will be more obvious who fits and who doesn't. Getting mixed up in difficult situations in places where you have no control and only hand-waving as a way to communicate can strip away a lot of stupid ego. So that is why I wanted to read Adam’s book. He’ll make a great employee and entrepreneur and CEO and floor-sweeper, and he'll do the one that makes him happiest, not the one that necessarily makes his ego tingle. And we can all learn from that.

As Adam experienced, you find out a lot about what you are good at in surprising places. Shepard, from North Carolina, and educated on a basketball scholarship up in Merrimack New Hampshire, was, not surprisingly, pretty good at hoops. But put him in the middle of Guatemala volunteering to help with kids and he tells us in plain, easy to read English how not only did this become one of the most memorable things ever, it helped him realize how he worked in a team. Or maybe how he didn’t. He certainly tells us how he can identify clearly the team players of the volunteers, the people great in their roles, the people he would pick for their enthusiasm, and the others who were there just until it was time to be somewhere else. And Adam was self-aware enough to know that in that moment he just wanted to be an individual contributor. Collaboration and team work wasn’t working for him. So, he made another brave volunteering decision and went to dig ditches for water projects alongside locals in Nicaragua, because there is not too much planning and collaboration to do.

In doing so, Adam learned more about what makes workers tick, and equally how important it is to ensure people have accountability in everything they do. A water pump, which you’d thing would be treasured and cherished in a small village without a clean water supply just dies and becomes scrap when nobody feels accountable for its upkeep. Finding the ways to give the right people ownership, was by the sound of it an important lesson.

In “One Year Lived”, you can read about a 30-year old man, Adam Shepard, who drops everything to go and travel, absorb as much experience, language and learning as possible. And along the way he works out what he’s good at and what seat in the eventual boardroom of life, corporations or politics he’ll occupy.

Adam has kindly offered some free e-books for download for anybody that shares this blog post over the next 48 hours. Make sure you follow and mention @consected in a Tweet or add a comment linking to your post below and I’ll send you a link to the book. Just be quick. And take a look at the One Year Lived website for great stories about the book and more information about the author.


A post from the Improving It blog
Let us help you improve your business today. Visit www.consected.com
Posted by Unknown at 9:36 AM 2 comments: 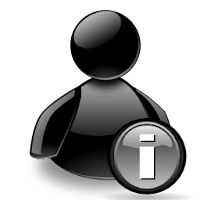 Less than a handful of years ago, mention the three letter acronym 'API' to a regular Internet user and you'd have got the look of "stay away from me, you scary unwashed software geek who is about to bore me to tears" (that's the bleeped version of the internal dialog). Now everything has changed. Not only is API part of the regular semi-tech word-dropping of web users, lack of one can raise questions about the viability of a modern web application. A publicly available API is a badge of honor for startup web apps that says "the information we have is worth being consumed by other apps, so its got to be good enough for you too".

The Application Programming Interface, or API, is the technical Lego brick that lets developers from across the globe plug into an application, to use the data and functionality of the website without the annoying user interface of that website getting in the way. It makes it easy for other applications to see the data that you as a regular logged in user can see, as long as you click the OK button to authorize it to do so. If you can see details of your friends lives, there is a good chance that by authorizing that app by entering your password that app can see the details of your friends lives too.

A well thought out API is not technically the problem. Many APIs recognize that they are a great way to trawl through far more data than could be done by just browsing the website and protect really private stuff effectively. The problem is still that an API can allow a fairly anonymous developer to collect tons of data, process it and store it extremely rapidly. That developer has their very own, possibly limited privacy policy that you as a user of the primary web service have no control over. Your friend who clicked an OK button authorized a developer to access to your data as a proxy of what they could do on the website. You had no say in the matter that a third party app now has access to the data your friend sees on the website.

In the majority of cases the API itself is not the problem. It is what it stands for in terms of the sheer amount of data a web service has. Re-phrasing what I said at the beginning:

"API" says that a web app collects, stores and makes accessible a lot of potentially personal information that any number of third-party applications might find valuable to consume and reuse

The real problem is that in most cases the information web apps have is not original data and a work of exceptional creativity. It is data collected from its users who enjoy sharing details of their lives with their friends and occasional strangers. It is the data stored in LinkedIn, Facebook, Twitter, et al. The data is largely personal and untouched, beyond being transformed in a way that allows it to be retrieved in an instant. When you read "API" on a social networking site, consider this: the website in question probably collects a lot of personal information about its users and their daily habits and actions. Can you trust the developers that tap into your data through the API as much as you trust your friends?

A post from the Improving It blog
Let us help you improve your business today. Visit www.consected.com
Posted by Unknown at 11:34 AM No comments: